“I gotta be like the pioneer to this shit” – Hov. Looks like it’s game over for all the imaginary players out there. King Hov shut down the Yellow Gold Cuban Link Game last night at the So So Def 20th Anniversary in Atlanta. The big homie Jay-Z showed up rocking the biggest Cuban Link Chain weighing 5 kilograms made by Rafaello & Co. He also rocked a Gold Celine ID Bracelet and brought out the Good Music/Kanye West Jesus Piece. Check out more pictures and a video of Hov performing at the concert, after the jump…

Jay-Z Wearing a Pyrex Vision Religion Hoodie. I see that Champion Logo on the sleeves… they print them shits on a blank Champion hoodie? That’s dope.

The 5 Kilo Cuban Link Chain made by Rafaello & Co.

Hov on the jet making his way to the concert. 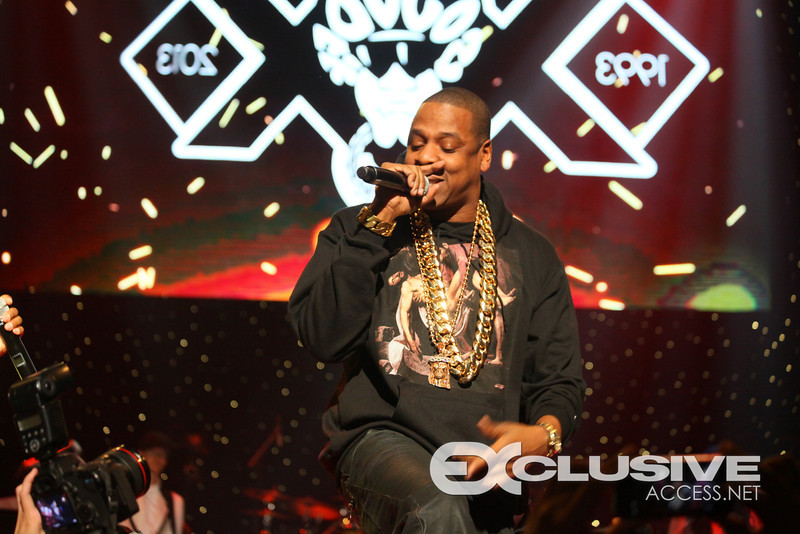 Hov & Jeezy kicking it at the After Party.